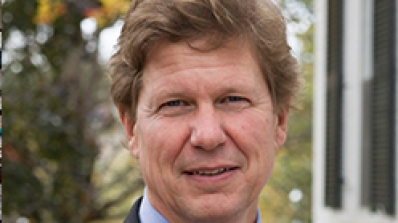 In the News: U.S. Evangelical Leaders Preach COVID Vaccine Benefits to Their Followers

From an article published in Bloomberg on 3/30/21 by Jonathn Levin:

"Jeffress and Graham wield "extraordinary influence," said Randall Balmer, a Dartmouth College professor of religion who credits them with helping bring their communities to Donald Trump. The ex-president's personal life and character appeared out of line with evangelical Christians' historical values. "Among a segment of the population that apparently is resistant to the vaccines, I think their voices will carry weight," Balmer said.

Only half of White evangelical Christians say they will probably get vaccinated or have already done so. That's the lowest acceptance rate among religions tracked by a Pew Research Center poll, and is a massive challenge to the country's effort to curb the spread of the virus.

Those Christians also are overwhelmingly tied to the Republican Party. President Joe Biden said faith leaders are one of the country's best hopes for reaching vaccine holdouts. The task is urgent. Rochelle Walensky, director of the U.S. Centers for Disease Control and Prevention, warned this week that the variants could propel another surge. On Thursday, the U.S. posted 1,270 new Covid-19 deaths, bringing the total to nearly 547,000.

Even in the face of that threat, the response to Graham's message shows it won't be easy to win over people, Balmer said. Graham, who runs the Samaritans' Purse charity and is himself an evangelist, has been pilloried by hundreds of followers on social media. Some cited scripture and some trafficked in conspiracy theories. Some said they could no longer follow Graham after such an endorsement."