The James and David Orr Memorial Lectures on Culture and Religion bring to Dartmouth each year scholars and writers whose achievements are at the highest level, but whose main fields of interest are not necessarily religion. Past Orr Lecturers include historians, anthropologists, novelists, biologists, and philosophers.

In 1972 James H. Orr, a Boston financier and supporter of the Religion Department at Dartmouth, provided the funding in memory of his son, David, for a lecture series now known as the "James and David Orr Memorial Lectures on Culture and Religion." The initial "Orr Lecture" was given that year by Mircea Eliade of the University of Chicago who lectured on "Sacred City, Sacred Time." Past Orr Lecturers include Lionel Trilling, Mary Douglas, Edward Said, Carolyn Bynum, Edward Shils, Rodney Needham, Donald Davidson, Amartya Sen, Gita Mehta, Judith Butler, Karen Armstrong, and Steven Pinker. 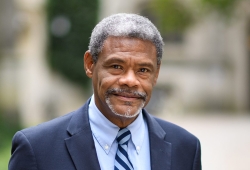 Abstract: "In 1095 Pope Urban II initiated what in hindsight scholars sometimes call the Age of the Crusades, a centuries-long period of religious warfare. It is the first of these expeditions (1096-1099) that has received the most attention, but one aspect of it continues to evoke deeper and deeper research and analysis, namely the place of Jewish martyrdom in the tapestry of events and emotions in this extraordinary movement. The lecture brings together the fruits of this research and analysis."