Devin Singh studies religious thought in the modern West and in sites of colonial encounter, with attention to the Christian tradition and its interaction with economy and politics. In addition to the history of Christian thought, his research engages the philosophy of religion and social ethics. Singh explores questions of religion and politics, religion and economics, secularization, sociology of markets and money, and race & coloniality in relation to religion. Singh's identities as Asian American, multiracial, and third culture, and his experiences of racialization and internationalism inform his research, writing, and teaching. His first book, Divine Currency: The Theological Power of Money in the West (Stanford, 2018) examines the ways early Christian thinkers made use of monetary and economic concepts as they created Christian doctrine, and how this close relationship between theology and money has lent a sacred aura to economics as it developed in the West. He is also the author of Economy and Modern Christian Thought (Brill, 2022) which provides an introduction to scholarship on the relation between Christian thought and economy, raising various moral and ethical challenges presented by the encounter. Singh is also co-editor of Reimagining Leadership on the Commons: Shifting the Paradigm for a More Ethical, Equitable, and Just World (Emerald, 2021), which profiles global pioneers implementing commons-based and shared governance structures in the public and private sector. Singh was guest editor for a special issue of Political Theology on "Love in a Time of Capital," and guest co-editor for a special issue of Journal of Religious Ethics on debt. Singh's work has been supported by the Lilly Endowment and Luce Foundation, and has received national recognition by the Mellon and Whiting Fellowships, Louisville Institute, and the Forum for Theological Exploration, as well as international recognition by the Lautenschlaeger Award from the University of Heidelberg. Prior to joining the faculty at Dartmouth, Singh was a Mellon Postdoctoral Fellow in the Integrated Humanities and Lecturer in Religious Studies at Yale University. He has served more recently as a visiting scholar at Harvard Divinity School's Center for the Study of World Religions (2017-18), and as a visiting scholar at Princeton University's Center for the Study of Religion (2019-20). 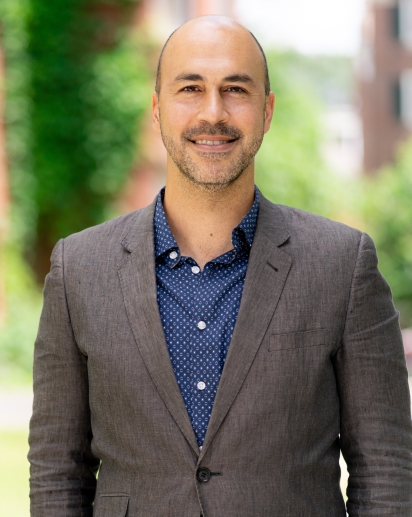