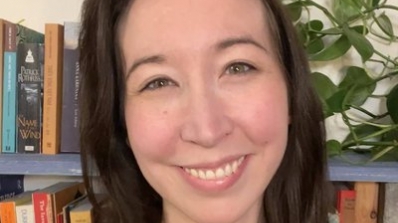 From October 14-16, about 20 scholars of Buddhism (including several members of the Religion Departmentat Dartmouth) gathered together (both in-person and online) for a conference on "Lived Karma," organized by Assistant Professor of Religion Sara Swenson, together with Susanne Kerekes (Visiting Assistant Professor at Williams College and Trinity College) and Jessica Zu (Assistant Professor at the University of Southern California). Through short presentations, small group discussions, and large group discussions, the participants considered the many ways that karma is invoked in lived Buddhist environments, including such notions as collective karma, universal karma, karmic affinities, and karma as a discourse of relationality. The conference was held in the Dartmouth Outing Clubhouse, and the participants were able to enjoy the peak of fall foliage season on the banks of the beautiful Occom Pond. For the generous funding that made this conference possible, the organizers would like to thank the Religion Department, the Leslie Humanities Center, the Dean of Faculty office, and the American Academy of Religion, as well as Kelly Burgess and Meredyth Morley for their help with logistical details. 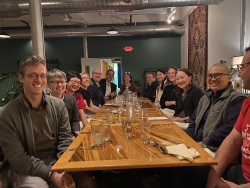