The Promise of Patriarchy, Lecture by Ula Taylor

Ula Taylor, Chair and Prof. of African American Studies, Univ. of CA, Berkeley, will present on black women's choices and crucial support in building the Nation of Islam. 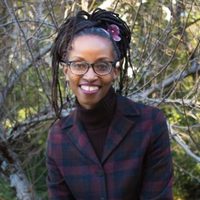 What was “the promise of patriarchy” for 20th-century African American women? To Nation of Islam (NOI) adherents and some outsiders between 1930 and 1975, the promise of reversing white supremacy over a “lost” oppressed people meant the recovery of a divinely-ordained black male supremacy over history, nation, community, and the family unit. But creating and adhering to this divine social order required black women’s crucial support. They invested in the NOI for its promise of their deliverance from poverty, their social and financial protection by black male husbands/fathers, and the ultimate promise of prosperity for a people facing violent Jim Crow segregation and blighted urban deindustrialization.

Sponsored by: African and African American Studies, History, The Leslie Center, and Religion.